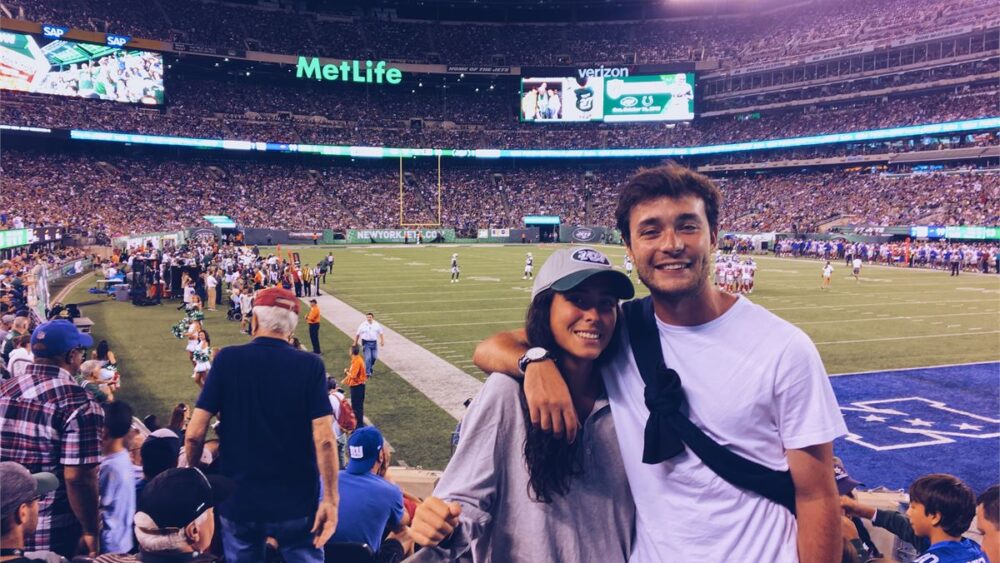 It is September in the U.S., which means that football fans around the country are getting ready to support their favorite teams! Do you want to learn more about American football? Look no further!

American football is one of the most popular sports in the U.S. It involves 2 teams, who each have 11 players on the field at a time. One team is on offense while the other is on defense, then they switch. The teams compete together during 4, 15-minute quarters, but the games tend to last around 3 hours because of time-outs and commercial breaks.

The purpose of the game is to score a touchdown in the other team’s end zone (the area at the end of the field). This can be done by running the ball into the end zone, or by passing the ball to a teammate in the end zone. Touchdowns are worth 6 points and are usually followed by a field goal attempt where the kicker kicks the ball into the field goal. A field goal that is scored after a touchdown is called an extra point because it is worth 1 point, for a total of 7 points per touchdown. 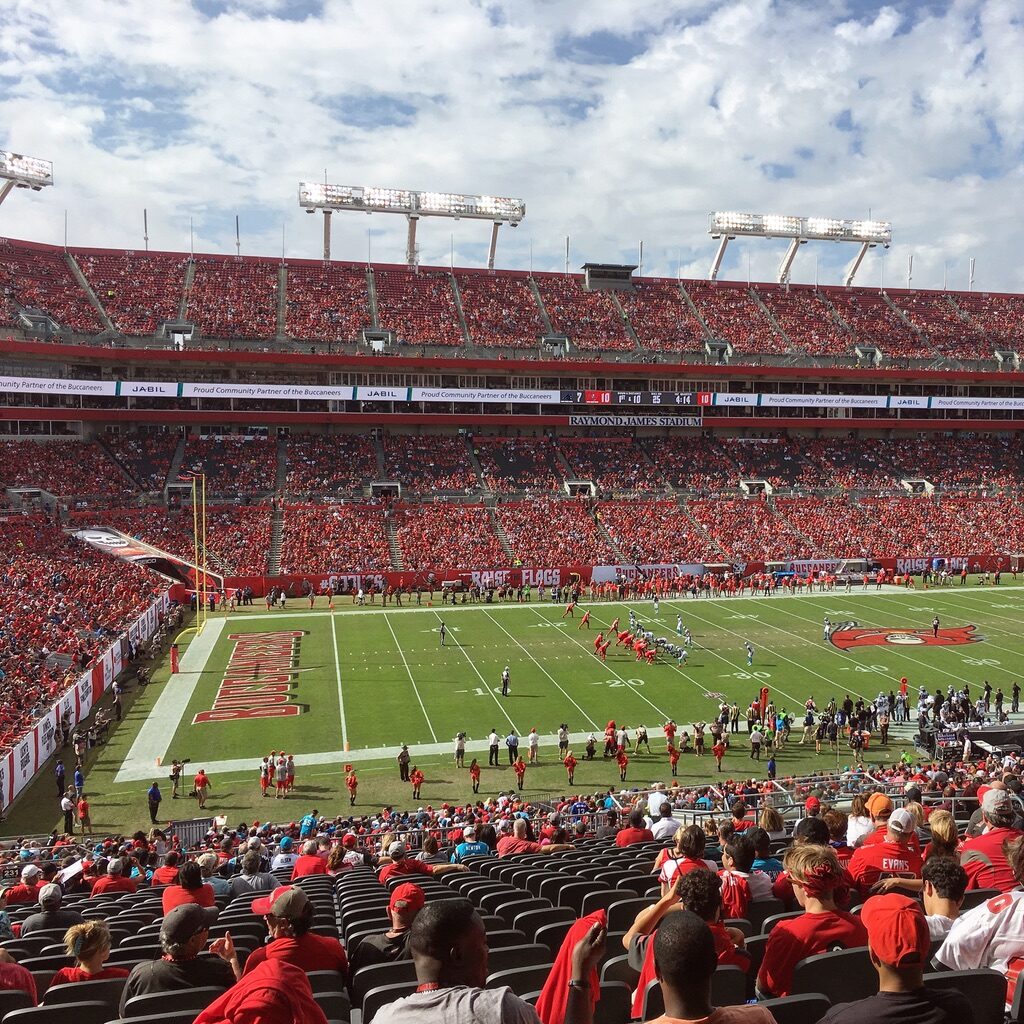 The kicker can also kick a field goal if the team does not score a touchdown but is close to the end zone. This field goal is worth 3 points. After the offense either scores a touchdown or a field goal, or they do not make it down the field, the other team’s offense gets a turn to try and score.

Football is popular at all levels, including the national, college, and even high school teams!

The National Football League (NFL) features professional football teams from all around the U.S. There are a total of 32 teams, which are divided into 2 conferences: the American Football Conference (AFC) and the National Football Conference (NFC). Each conference has four divisions (North, South, East, and West) which all have 4 teams each. For example, the Chicago Bears are in the NFC North Division, along with the Minnesota Vikings, Detroit Lions, and Green Bay Packers. NFL games are mostly played on Sundays, with one game featured on Mondays and Thursdays. The season starts in September and lasts until February. 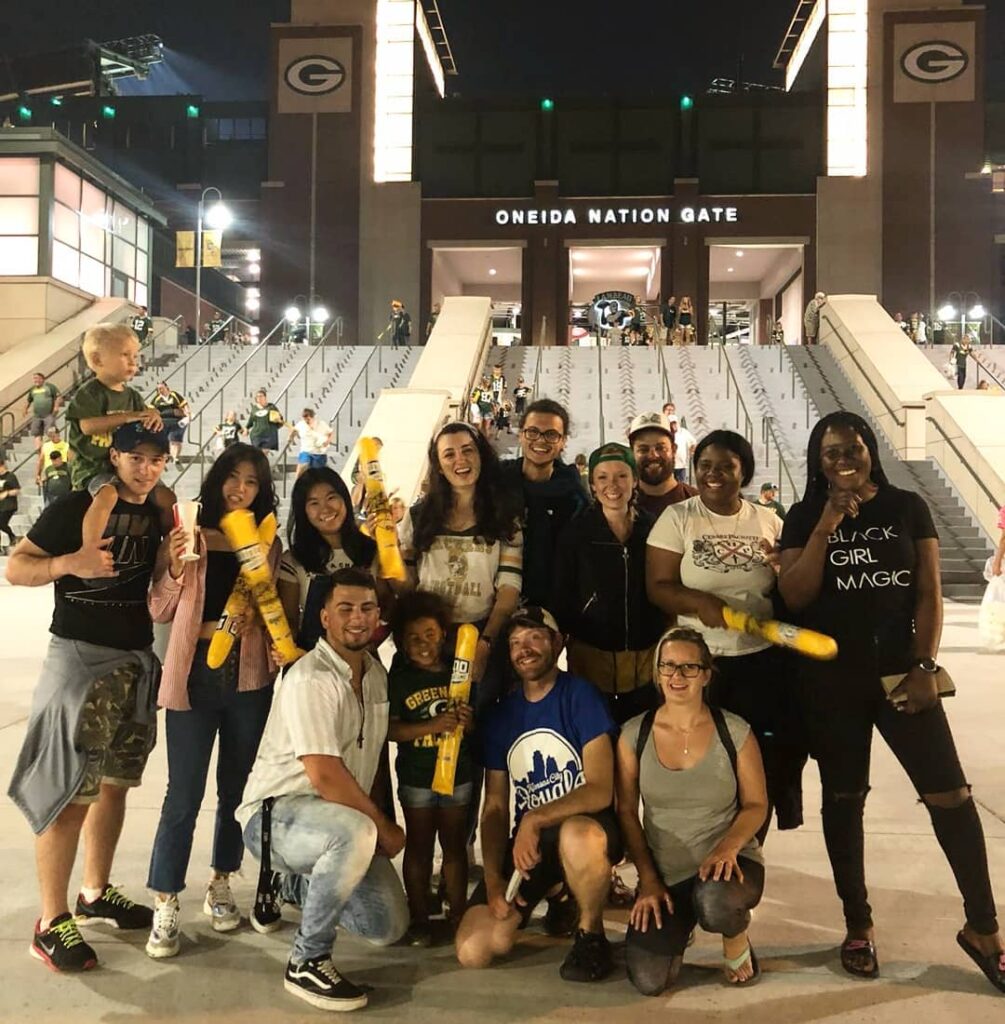 The National Collegiate Athletic Association (NCAA) features college football. There are four levels in the NCAA, and the best one is the Football Bowl Subdivision (FBS). There are 124 teams in the FBS, which is divided into 11 conferences. Popular teams include Ohio State Buckeyes, Alabama Crimson Tide, Notre Dame Fighting Irish, Michigan Wolverines, and many others. Games are mostly played on Saturdays between the end of August through the beginning of December.

High School football is also popular, and it is divided regionally. For example, the Illinois High School Association (IHSA) has around 68 conferences. There are 256 teams, broken down into 8 classes of 32 teams each. Their season starts in the beginning of August and ends in November. Their games are typically played on Fridays and Saturdays.

There are also many fun traditions surrounding football! Whether you are a dedicated fan, want some good snacks, or just want to hear Carrie Underwood sing “Waiting All Day for Sunday Night,” there is a tradition for everyone! 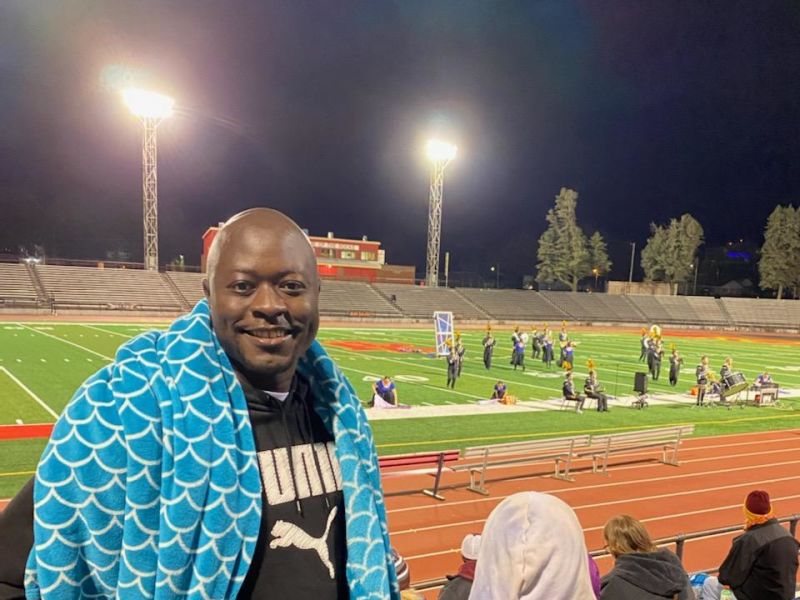 Many fans that go to the game in-person will arrive early to tailgate. Tailgating includes hanging out in the parking lot and grilling food, playing games, or just talking with friends. It is a fun way to get excited for the game! Some colleges have unique tailgating traditions which you can see here!

For fans that want to be a part of the action, they can play fantasy football! In fantasy football, football fans can join a league with their friends and “draft” their own football team with current NFL players. Teams will “play” each other every week and get points based on how well the football players played in their game. It can get intense!

What gameday is complete without food? Common snacks for football games include chips and dip, nachos, wings, and anything that people can munch on throughout the game. Even if you don’t want to watch the football game, you can at least eat some yummy food!

For high school and college students, football is also a large part of their Homecoming traditions. Homecoming is a tradition of celebrating a school and showing school spirit. During this time, alumni of the school are invited to “come home” and partake in different activities. There is usually a football game that is played at home (at the school). During halftime, the Homecoming Court is announced, along with other fun activities. Schools in Texas particularly have some fun Homecoming traditions! 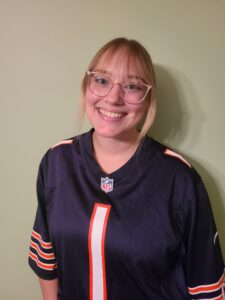